The Proms At Acton 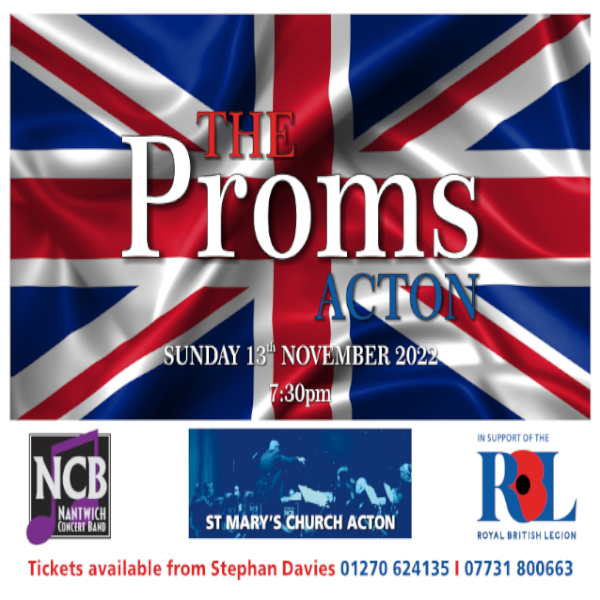 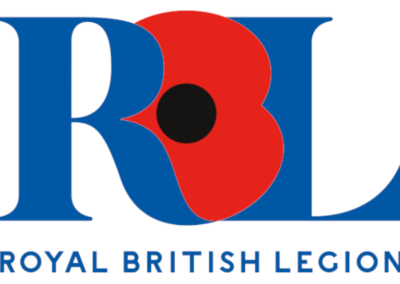 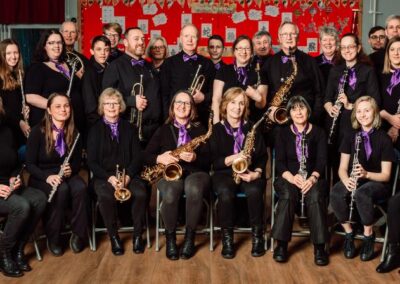 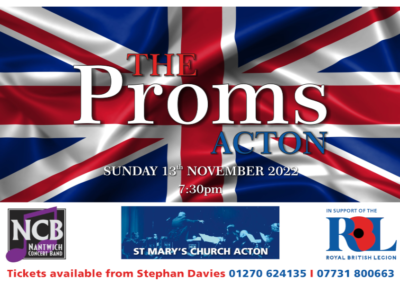 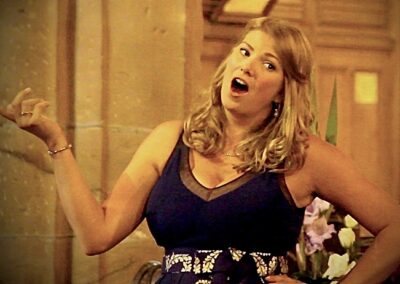 Come along to our “Proms” concert at St Mary’s Acton, in aid of The Royal British Legion and enjoy the Nantwich Concert Band performing in partnership with Jessica Thayer (soprano).
………….. The Proms really have come to Acton!

Tickets £12 including a glass of wine

The Royal British Legion is at the heart of a national network that supports our Armed Forces community and provides lifelong support to serving and ex-serving personnel and their families.

The Nantwich Concert Band was founded in 1983 (then called Nantwich & District Band) for woodwind and brass players of all ages. We offer a varied repertoire, from the traditional wind band music through to more modern pieces from stage and screen. Under the baton of our Musical Director Nick Birch, the band performs at local fetes, festivals and carnivals throughout the summer.

The Proms at Acton

Click here for more information
← Previous: Dates for your Diary Next: The Proms At Acton - Report → 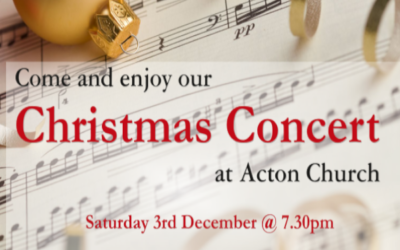 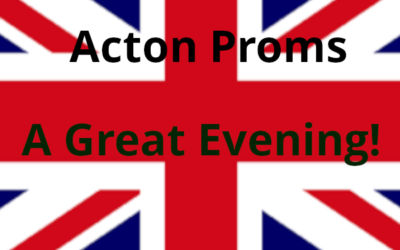 The Proms At Acton – Report

🎵Our Proms concert, held on 13th November in aid of the Royal British Legion was a huge success; every seat in the... 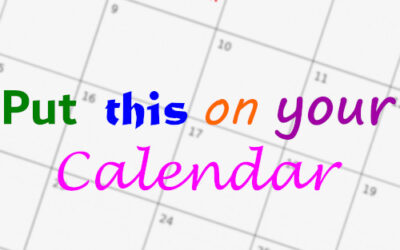 Dates for your Diary

Some Dates for your Diary 3rd DecemberChristmas Tree Festival.Evening Christmas charity concert performed by the Funky...