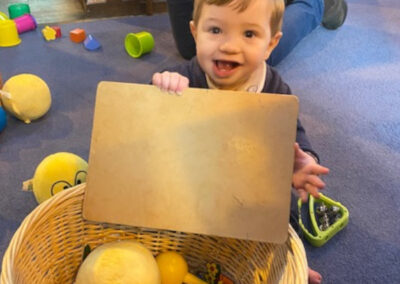 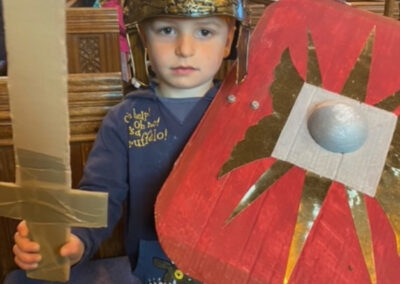 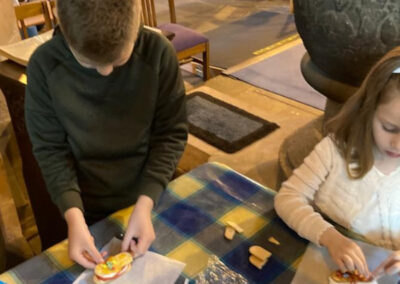 Messy Church October 17th The Bible – what’s it all about?

There was a good crowd on Sunday reminding everyone of some of the best known characters and stories in the Bible. The cast included Mr and Mrs Noah and family, David appearing as psalm-writer and Goliath-slayer, Mary at Jesus’ birth, a struggling Samson, the boy sharing his lunch basket, Jesus at the last supper and a scary soldier guarding St Paul writing yet another letter!

Janet told us the exciting story of the boy who in 1947 found what we call the Dead Sea Scrolls and Isaiah’s prophecy on one of the scrolls was rolled out before us – all 23ft of it!

Afterwards we made bibles from biscuits and found out more about the New Testament with a colouring craft. Pete’s group heard about how the Bible came to be written and the struggles to translate it and print in many languages for all to read it for themselves.

Come and join us November 21st at 10am – Christ the King!

Messy Nativity 18th December 2022 There was a “Christmas tree” of shiny parcels waiting to be opened as good crowd...

November 2022 Ironically we had sun streaming through the windows at this morning’s Messy Church when we were...

October 2022 When Jesus walked into Jericho, a determined little man climbed a tree to make sure he didn’t miss seeing...