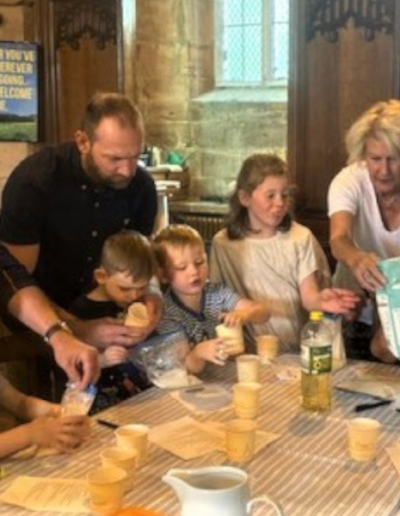 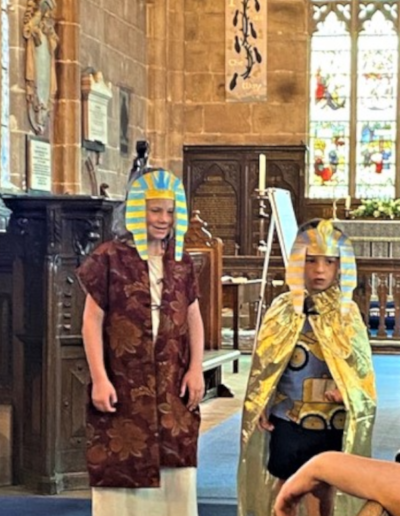 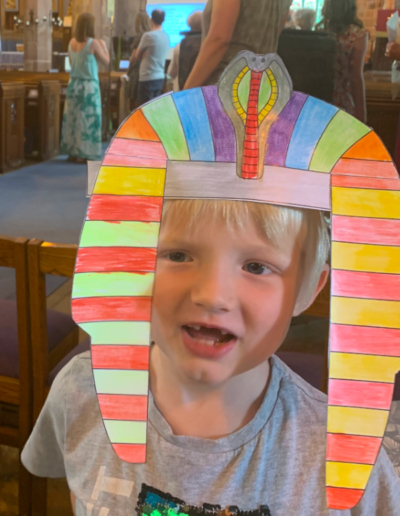 Previously on Joseph…… sold as slave and far from home in Egypt, how would the spoilt boy survive? Following last month’s multicoloured Messy Church we heard how Joseph’s life was to become series of ups and downs, most trusted servant of Captain Potiphar – Woooh! then unjustly put in prison – Groan! Explaining the meaning of dreams was his passport out of the prison cell heading eventually to the top job – well he was Pharaoh’s Number 2! We sang the songs, donned the costumes and learned that God was with Joseph through all his troubles and because he had faith in God he certainly could be called a lucky fellow – even though he didn’t always feel so!

We made bread in a bag and Egyptian head dresses, and discussed God’s involvement with Joseph behind the scenes, not a Patriarch like Abraham or David but someone very important in God’s plans for his people and world.
Will Joseph get to see his family ever again? Join us August 21st at 10am to find out!

Will Joseph get to see his family ever again? Join us 21st August at 10am to find out!

19th June 2022 Over the summer we are exploring one of the longest family stories in the Bible and today we met Joseph...

11th May 2022 Jesus gives the water of life! We all discovered that you don’t have to be following any special rules...

20th March 2022 We all went to a joyful wedding this morning but oh dear the wine ran out. Good job Jesus came to the...